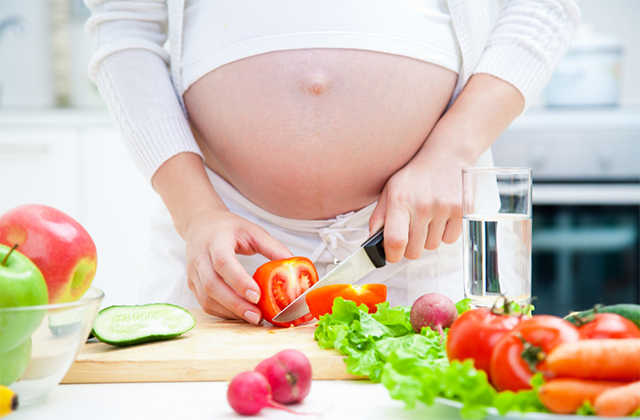 First times are always special and memorable – especially when it’s about having a baby. Needless to say, these nine months change a woman’s body in ways, she herself cannot fathom. Be it morning sickness or sudden bouts of pain, it is important to know whatever is happening to your body and your baby. You must have proper pregnancy information to be prepared to embrace this change.

The pregnancy period usually lasts between 37 and 42 weeks. This whole span is divided into three trimesters. The first trimester lasts from the time of conception to the thirteenth week; second trimester from 14th week to 27th week and the third one from 28th week until the baby’s birth.

Each phase has distinct features and symptoms that clearly state the stages of baby’s growth. So, you should know how your baby is growing every week, so that you can care better for the new life that’s throbbing inside you.

The first sign of pregnancy can be a missed period. Once pregnancy is detected, a woman can almost feel her daily routine changing. She might need to eat smaller meals at more frequent intervals. She might feel tired and experience mood swings too often. But that’s completely normal, for the hormones in the body start altering drastically.

It is only in an embryonic form, nearly 1/25 inches in length in the first week of the first trimester. By the fourth week, the baby is nearly a fetus, 1.5 inches long and weighs around 3 to 4 ounces. By the end of the first trimester, muscle and limb formation is in full swing and the sex organs start developing. The heart is developed and starts beating at this stage. So, when you go for check-up towards the 12th or 13th week, don’t forget to listen to the faint heartbeats of this little creature that’s growing inside you.

Here’s the golden period among all the pregnancy stages! It is when your baby bump starts showing and by the end of second trimester, you might as well be able to feel your baby’s movements!

As beautiful as it is, these few weeks can be tumultuous for the mother. Maximum changes occur between weeks 14 and 27. Nausea and morning sickness might slowly vanish, but you will start experiencing a set of discomforts. The worst one among them is back pain or discomfort in the groin. Because the baby’s weight increases fast, it falls straight on the mother’s lower abdomen.

The skin around the nipples start getting darker, and small black patches might appear on your dermal layer. This is often called “mask of pregnancy.”

But if a mother experiences extreme nausea, vomiting or yellowing of her skin, she should immediately intimidate the doctor about it.

Pregnancy information on the baby:

The baby is now almost three to five inches in length and weighs around 85 ounces. A translucent skin has formed with a wax coating called vernix. Even the sense organs have developed; it can hear, sense and even start sucking movements.

The time between 18th and 24th weeks is very crucial for the baby. Its blood cells begin to form and the sex organs become fully developed. The baby now has a regular sleep cycle and can as well distinguish tastes. When the baby is awake, mothers can feel their movements, kicks and punches. If movements become too frequent, you can expect a naughty one after the next eight weeks!

This is the final stage of pregnancy and the most difficult one. A mother may experience shortness of breath and problem in urinating for weight of her unborn baby. The belly button protrudes; ankles, fists, and faces are swollen; severe constipation or hemorrhoids are common.

The baby is considered full grown by the 37th week, and its organs can function independently now. Eyes start blinking on their own and science says, they can even distinguish sounds at this stage. The mother’s voice is what it gets mostly familiar with. It starts storing vitamins and minerals in its body that will be used up once he or she is taken out of the mother’s womb.

A new born baby normally weighs between 2.5 and 3 pounds and around 16 inches long. Don’t fret if your baby doesn’t fall within this range. Just ensure that he or she is healthy!

Within these nine months, as you sit back and prepare for the new life, read as much on pregnancy information as you can. It will be beneficial for both you and your baby!